The Vertavo Quartet is internationally recognised as one of the most masterful string quartets playing today. Since their formation in Norway in 1984, their dynamic and deeply thoughtful performances have captivated audiences. In June 2005, the quartet was honoured with the Grieg-Prize: a prize bestowed on artists of high international standing and whose former recipients include Leif Ove Andsnes, Truls Mørk and the Grieg Trio. Just ten years previously in 1995 they had won First Prize at the 2nd Melbourne International Chamber Music Competition where they were also awarded the Audience prize and the Critics' prize.

Vertavo now play at all the major concert venues in the world. They tour extensively throughout Europe and also in Japan and the US. Their last US tour included performances at Stanford Lively Arts, Chamber Music in Napa Valley and Lincoln Center. In the past years, tours and concerts have also taken them to Norway, Spain, Mexico, Sweden, Poland, the US and the UK. They gave concerts at Concertgebouw, Amsterdam; Barbican, London; Kings Place, London and in last year's celebration of Benjamin Britten' s centenary, Vertavo were invited to play at the Aldeburgh Festival 2013.

The quartet's discography is a diverse one and includes Schumann, Brahms, Grieg, Debussy, Bartok, Nielsen, Asheim, "Les Vendredis" (Russian vignettes of the turn of the 20th century) all for SIMAX Classics, as well as the Mozart clarinet quintet with Martin Fröst for BIS Records. Their Debussy and Grieg recording received the Diapason d'Or. Their most recent SIMAX release is of Beethoven's Op.130 and Op.133.

Vertavo have always had a great affinity for contemporary music. They have given commanding performances of works by Ligeti, Adès, Widmann, Gabriela Frank and works by contemporary Nordic composers such as Nørgård, Edlund and Asheim. In March 2013 to great critical acclaim, they gave the world premiere of Poul Ruders's 4th String Quartet at a major festival of Danish and Finnish composers at the Barbican Hall in London: "Played with a thrilling iron-fist-in-velvet-glove touch by the Vertavo Quartet, it was a miracle of stylistic light-footedness." The Telegraph March 2013.

It was 1984. Some men in Russian fur hats and coats decided to host a string quartet competition in the north of Finland in the middle of winter.

If our playing was determined, our look was dubious. Between us we sported feathered haircuts, perms, big blue plastic-framed glasses, braces (teeth, not trousers), home-knitted mohair sweaters and spotty foreheads. Four giggling, shy girls, who barely dared to walk on stage. But when we sat down to play, there was such force and commitment, that those judges in the north of Finland in the middle of winter were simply blown away.

Invitations came. The violist from the Alban Berg Quartet, Hatto Beyerle, offered to teach us. And so we studied in Austria, Germany, Italy and England with Beyerle and others from the best quartets. Concerts followed and summers brought a constant string of festival performances. Suitcases were packed with as many as 40 different scores. We travelled and played as a quartet for up to 270 days of the year. And that was our life for 15 years.

Then the children started arriving.

Now we weren't just a quartet with boyfriends or husbands, but babies too. Not a problem. Scandinavian women are resourceful, and our little car became a nine-seater bus with room for grandparents and nannies. The suitcases were now packed, not just with scores, but nappies, bottles and baby clothes.

Across America, Japan, Australia and Europe we wore out buggies, prams and car seats. In the day we practised, in the evening we played at Carnegie or Wigmore and in the middle of the night we paced up and down hotel corridors with a baby who had forgotten that the time zone had changed. On those late-night walks we occasionally thought: how can this possibly keep working?

But it does. Vertavo has just reached its 35th season. Thirty-four years of concerts, recordings, festivals, collaborations and awards. We are Artistic Directors of Vertavofestivalen and holders of the Diapason d'Or and Scandinavian Grammys for our recordings. We have received Norway's highest musical honour, the Grieg Prize.

Four musicians. One quartet. We couldn't ask for a better life. 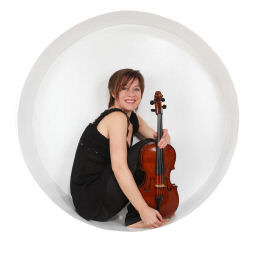 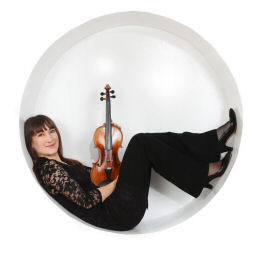 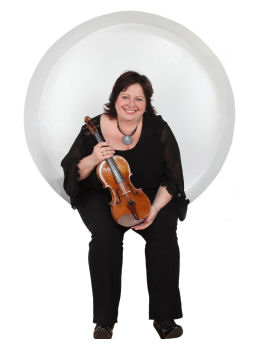 Vertavo Quartet are participants in the Dextra Musica scheme. This offers Norwegian musicians the opportunity to play on some of the world's most prized stringed instruments.